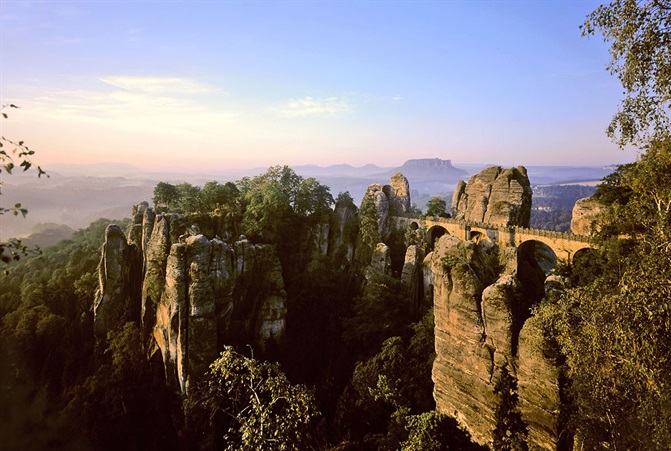 The District Saxon Switzerland / Eastern Ore Mountains reaches from the Saxon capital of Dresden to the north Bohemian border region of the Czech Republic. Geographically, the district contains, the Saxon, Ore Mountains and Lausitzer mountain area, and numerous dams, like the dam Malter and Klingenberg. Also wide forest areas fall within the territory of the district. The region was formed in the context of Administrative Reform in 2008 and numerous large district towns offer cultural and tourist highlights. In Altenberg for example, you may visit a public mine, in Pirna the GDR Museum and in Dippoldiswalde the historic old town with the market square and the late Gothic town hall. The region was former dominated economically by the mining but today a large part of the income centers on tourism. Tourists and interested inhabitants will find many traditional attractions like the narrow-gauge railway or the Glashütte watch museum.

The following cities of the county are available in this App. You will find them in the region selection:

This website uses technologies such as cookies and the like to improve functionality and user friendliness. These are processed exclusively anonymously (exceptions see link "Data protection details").